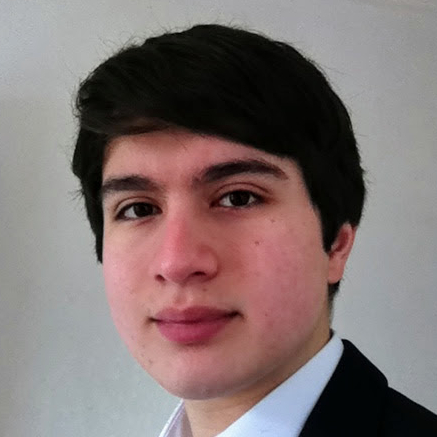 Migrating an old 3 HDD mdadm RAID-5 array to an 3 HDD OpenZFS RAIDZ-2 array, when my NAS case only has space for 4 HDDs.

My old NAS was finally starting to run out of space, both in terms of GBs, and in terms of space for additional HDDs.

As my old HDDs were four aging 2 TB HDDs in a RAID5 configuration using mdadm, I decided to move to newer, larger, HDDs.

Although this was an external USB HDD, I was planning on “shucking” them, e.g. removing the outer USB enclosure, and taking out the internal HDD, as the prices were significantly cheaper, and I felt the savings were worth the risk of invalidating any waranty the HDDs had.

Additionally, HDDs designed for USB use would probably be quieter than enterprise-grade HDDs, important for me, since I have to live with my NAS.

Although lower-end WD drives use shingled magnetic recording (SMR), which are basically unusable for RAID/ZFS, this only affects the lower capacity HDDs from Western Digital, not their 14 TB version.

Finally, I decided to get for OpenZFS for my RAID solution. I previously did not go for it, mainly because it was previously impossible to expand RAID arrays in OpenZFS, which is somthing I often did with mdadm.

However, it looks like this feature is very close to completion (see openzfs/zfs#8853), so hopefully it will be ready if I ever need to increase the size of my RAID array.

I followed How to Shuck a WD Elements External Hard Drive from iFixit and shucked the drives, to find:

I didn’t bother doing any sort of testing on them, and they’re not WD Red drives (just WD White), but a review from schildzilla on reddit looks pretty positive!

Unfortunately, my current NAS case only had space for an additional 3.5” HDD. Because of that, my plan was to:

Firstly, I installed one shucked 3.5” HDD into the only available space left in the case of my NAS.

After turning my NAS back on, I ran sudo fdisk -l and could not find the installed drive.

The drive follows the SATA 3.3 specification, where the 3rd power pin disables the power of the drive. However, my old power supply unit (PSU) predates SATA 3.3, and was constantly sending 3.3V into this power pin.

I loosely followed the guide from Access Random, cutting a piece of tape over this pin.

After booting back up my NAS, the HDD showed up in the BIOS, and I could see all 12.75 TiB of it’s 14 TB glory after running sudo fdisk -l:

Then, I made two sparse files to generate the RAID-Z2 array on:

I didn’t place them into /tmp, since I was worried about losing them when my NAS rebooted. truncate would make the files sparse, so they wouldn’t actually use up 14 TB of space on my small boot drive.

I then created the ZFS pool:

Then immediately offlined the two temp files, so that they wouldn’t use up my precious SSD space:

And to confirm, the ZFS pool is now working fine:

Finally, there’s some options that are usually worth changing from default:

It’s usually worth adding lz4 compression to your pool, unless you have a slow CPU and most of your data is already compressed (e.g. video).

Setting xattr=sa gives much greater performance on Linux, although makes the ZFS array incompatible with some other OSes. Enabling dnodesize=auto is also good for as well (but prevents GRUB from booting this).

Setting relatime=on uses Linux’s relatime instead of atime. This essentially massively cuts down on the number of atime (access time) writes made whenever a file is read, back to the ext4 defaults.

Unfortunately, lazytime is still not supported by ZFS (see (openzfs/zfs#9843)[https://github.com/openzfs/zfs/issues/9843]), so we can’t use that yet.

Disabling atime is also an option if you don’t think you’ll need it.

Copying over the data

First, I rand cat /proc/mdstat, to find the name of my mdadm pool, which was md0:

Next, I remounted it in readonly mode:

Finally, I opened up a tmux session (so that my copy command wouldn’t close if my SSH connection dropped), and used rsync to copy the data over.

Finally, many hours later, it was done!

Adding in the new hard drives

Firstly, I exported and imported the zpool array. This converted the pool from using /dev/sd* (which might change when we unplug devices), to using /dev/disk/by-id/*, which should be consistent, even when we unplug and plug in HDDs.

Next, I removed some of the old RAID HDDs, and replaced them with my newly shucked HDDs to be used for OpenZFS parity, then turned the computer back on.

I had to first run the following to find the original zpool array:

Next, I used sudo fdisk -l to identify the device name of my newly installed HDDs.

And finally, I replaced the old temporary files I made the zpool with, with the new HDDs:

We can see with zpool status that resilvering is happening, as well as an ETA for when it should be done. Fingers crossed we don’t get an UREs when resilvering, otherwise we’d have to reinstall our original RAID HDDs.

A day or two later, I notice that one of my HDDs seems to be stuck in a resilvering loop. It keeps on reaching 100%, then restarting at 0% again.

Time to test whether or not the HDD was damaged in shipping!

Then, I tried doing a SMART test to quickly check if it could detect any issues on the HDD, and found no issues with a short test:

I read on openzfs/zfs#9551 that the issue might be with me trying to resilver two devices at once, so I redid my zpool replace and crossed my fingers.

A day later, still no luck. Some more debugging later, looking at the zpool events, we see that immediately when a resilvering finished, it restarted:

However, looking at the syslog showed an error with zed, it looks like there is an error whenever resilvering finishes in the resilver_finish-notify.sh script. Could this be the cause of the loop restarting?

Looking at the bash scripts, I found the following function in zed-functions.sh:

Hang on, I’ve never set ZED_EMAIL_ADDR, why isn’t it returning early? Look at zed’s config I can see the problem, ZED_EMAIL_ADDR was somehow enabled. I uncommited it and waiting for the next resilverling loop to finish.

Still no luck (but it did fix the error message):

I tried deleteing the file that was causing the error in sudo zpool status -v, since I could just copy it from my old RAID array, but I still had no luck at the end of the resilver.

However, I was still missing the final file that had the checksum error and that I therefore deleted. So I turned off the server, unplugged two of the OpenZFS drives again (making a note that the action of unplugging them took off the tape blocking PIN 3 of the SATA), and plugged back in the mdadm RAID drives.

Finally, I first ran the rsync command with the --dry-run and --verbose flags to see that the only file that would be copied would be the one I manually deleted.

After turning off the NAS, unplugging the old mdadm RAID devices, and plugging in the OpenZFS devices (after taping up the SATA 3.3 pin 3), there was one final resilver todo.

The 2 HDDs that I just added in showed as faulted, since they went offline. To fix this, I just export-ed and re-import-ed them:

And that was the final resilver (relatively fast)!

Finally, to remove the ugly error logs, now that every is working, I ran:

Firstly, I split up my zfspool into seperate datasets. This was so I could use different sharing mechanisms for each dataset, as well as modify their block sizes for their specific use cases.

First, I created the shared folder, which I would use to store things shared on the drive.

Next, I created a shared/Media folder, which I would increase the blocksize for, for slightly increased performance, due to lower fragmentation.

I also disabled atime on some of the datasets, since they didn’t need it, so I could reduce the uncessary writes.

See the OpenZFS documentation on Performance and Tuning | Workload Tuning for more information. For example, if you are using a database, you normally want to decrease the blocksize to match your application.

Finally, once again, I had to use rsync to move my data from the root ZFS folder to their appropriate datasets. I used the --remove-source-files to automatically delete the original files after the rsync, so that the %-used on the drive remained low.

The next step was to replace my old NFS-share with the new ZFS sharing system.

Previously, I used the /etc/exports file, but ZFS has their own sharing system.

Firstly, I commented out the lines in /etc/exports with my old config, then ran sudo exportfs -ra to remove the entries.

Finally, on my clients, I edited their /etc/fstab to the following:

And I ran sudo mount --all --verbose to mount everything in the fstab file and confirm it worked!

First, I removed the mount points in /etc/fstab.

Next, I deleted the array from /etc/mdadm/mdadm.conf.

And finally, I uninstalled the mdadm progra, since I wasn’t using it for anything else:

It’s finally over, after more than a week of work 🥳.

You May Also Enjoy